Japan and Singapore still have the most powerful passports in the world, a new global ranking for the final quarter of 2021 has revealed.

Their citizens can travel to 192 countries visa-free, up from 191 in the first quarter of 2021, when they also topped the table. Those from second-place Germany and South Korea are able to visit 190 countries.

The UK and the USA are in joint seventh place (185 countries), behind Italy and Spain (third, 189 countries), Austria and Denmark (fourth, 188 countries) and France and Ireland (fifth, 187 countries).

Japan and Singapore still have the most powerful passports in the world, a new global ranking for the final quarter of 2021 has revealed

The ranking has been produced by the Henley Passport Index, which is based on exclusive data from the International Air Transport Association (IATA). It analyses how many countries a passport holder can enter without a prior visa.

The Henley Passport Index says that its latest results and research show how proliferating barriers to entry over the past 18 months of the pandemic have resulted in the widest global mobility gap in its 16-year history, with passport holders from top-ranking Japan and Singapore able to travel visa-free to 166 more destinations than Afghan nationals, who sit at the bottom of the index with access to just 26 countries without requiring a visa in advance.

The Index points out that the ‘global north’ has ‘enforced some of the most stringent inbound Covid-19-related travel restrictions, while many countries with lower-ranking passports have relaxed their borders without seeing this openness reciprocated’.

It adds: ‘This has created an ever-widening gap in travel freedom even for fully vaccinated travellers from countries at the lower end of the passport power ranking who remain locked out of most of the world.

‘This gap is likely to increase, as pandemic-related restrictions become entrenched and amplify the already significant global mobility divide between advanced and developing economies.’

The Index points out that Japan currently bars almost all foreign nationals from entry and Germany restricts nearly 100 countries from entry. 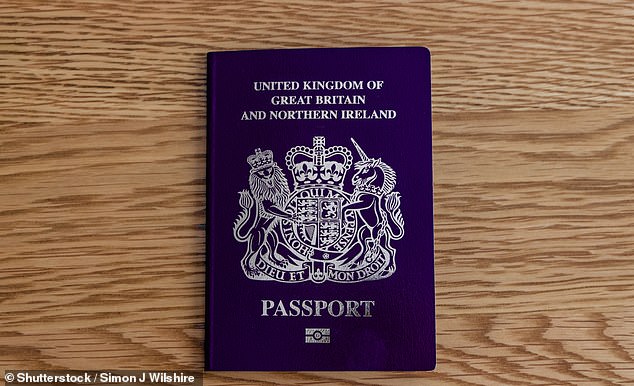 The UK and the USA are in joint seventh place (185 countries visa-free) on the Henley Passport Index, behind Italy and Spain (third, 189 countries), Austria and Denmark (fourth, 188 countries) and France and Ireland (fifth, 187 countries)

Commenting on these latest developments, Dr Christian H. Kaelin, Chairman of Henley & Partners and the inventor of the passport index concept, notes: ‘If we want to restart the global economy, it is critical that developed nations encourage inward migration flows, as opposed to persisting with outmoded restrictions.

‘Resourceful countries need to futureproof their economies by attracting and welcoming the upcoming generation.

‘It is pivotal that advanced nations consider revising their current somewhat exclusive approach to the rest of the world and reform and adapt to overcome the competition and not miss the opportunity to embrace the potential.’

For many countries with low-ranking passports, proliferating barriers to entry are hindering progress, the Index says, even as many reopen their borders in desperate bids to reboot economic growth.

Erol Yayboke, senior fellow with the International Security Program and director of the Project on Fragility and Mobility at the Center for Strategic and International Studies (CSIS) in Washington, DC, points out: ‘Covid-19 is as much an economic crisis as it is a public health one, though in both regards it disproportionately negatively affects migration origin countries.

‘Increased pressure to move for survival will be met with pandemic-related barriers to movement that are likely to linger, both because the virus itself is lingering and because increased control over migration will be difficult for some leaders to relinquish.’

Kevin Burchler of the SIP Medical Family Office in Switzerland, meanwhile, believes a global vaccine hierarchy is emerging and that having access to vaccinations with the widest approval and acceptance rates may result in higher health security, but also in more convenience during travels.

He says: ‘AstraZeneca’s non-replicating viral vector vaccination currently ranks number one, having been approved by more than 120 countries. Pfizer–BioNTech’s vaccination is currently approved in 98 countries, Russia’s Sputnik in 71 countries, and Moderna in 69 countries worldwide.

‘Your health or vaccination status – sometimes in combination with additional passports – may now be even more important for your global access rights than your primary passport is.’